Friends, Jax had a breakthrough today at therapy! He picked up a piece of food and put. it. in. his. mouth!

And then he gagged, choked, and threw up all over the place. But he did it! He put food (with a texture!) in his mouth!

Over the last couple of months, we have been working very hard at introducing new textures and crunchy food. Strangely, Jax will put everything *except* food into his mouth: toys, blankets, fingers, you name it. How does he know the difference between food and anything else? I don’t know, but if we put textured food (mainly puffs) in front of him he would barely touch it and never try to put it in his mouth.

At the beginning, Jax would gag when we would put a puff to his lips. So we tried crumbling the puff into his puree to get him used to the grainy texture. He gagged when it touched his tongue and he would spit it all out. But we got it past his lips! Eventually, he became less sensitive to the small crumbles so we moved onto bigger pieces. He gagged. He puked.

Do you see a pattern here? It’s been slow going. One thing his speech therapist (who helped teach him how to suck from a bottle) in the NICU said:

The last thing we wanted to do was make eating textures an even more stressful experience for Jax. Jax, and other kids with significant history on the ventilator or CPAP breathing support, often show signs of oral aversion. I would, too, if I constantly had something down my throat or covering my nose! So not only have we been introducing textures very slowly, we have been working hard at not reacting to his reaction. In other words, when he gags, I don’t freak out and get scared. Instead, I make chewing motions with my mouth and smile. (This is really hard to do!)

So, when we put the Baby Num Num (it’s a rice cracker than dissolves very quickly, so it’s great for teaching kids how to eat), neither his therapist or I expected him to do anything with it. You can imagine our surprise when he immediately grabbed it and started biting it! He did a really great job, until a piece broke off into his mouth. He gagged, he choked, he puked. But, it’s progress for sure. He even picked up another piece off his tray and started playing with it! This was huge because it means he is not associating food with bad things (i.e. puking and choking) – just what we’ve been working to prevent!

The next step in the process is the scope of his airway to make sure there isn’t any scar tissue that may physically be making it hard for Jax to eat.

In the meantime, we will celebrate this breakthrough with a HIP, HIP, HOORAY! 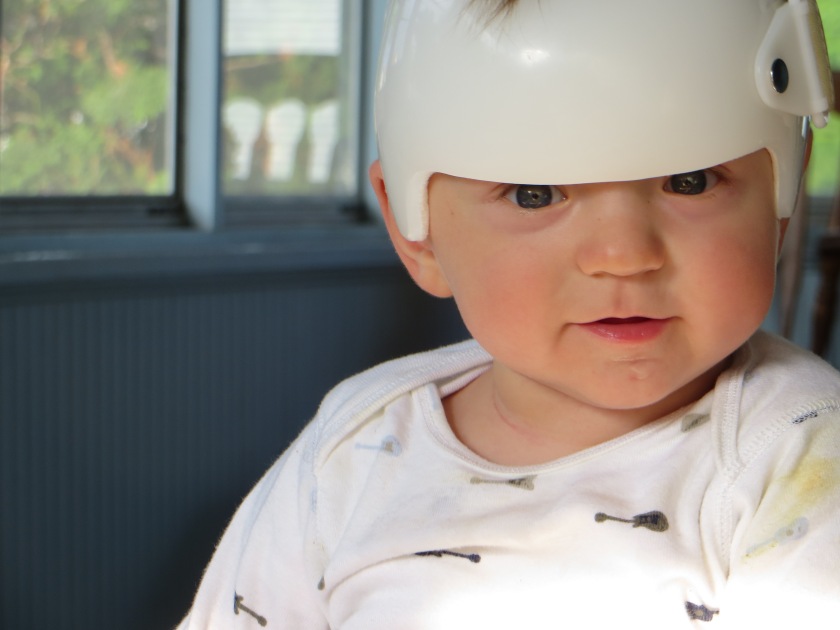 11 thoughts on “A Breakthrough With Eating Textures”