It’s no secret, Jax loves people. Jax has lots of cousins and friends, but we’ve been extremely cautious with letting anyone near Jax. At the recommendation of his doctors, we severely limited his exposure to other people to protect him from catching sicknesses or upper respiratory infections.

His cousins have been taught that Jax is a “special baby.” And that they cannot touch him or play with him. I think he gets lonely (and bored). I know what you’re thinking – how could he get bored when he gets to hang out all day with his super cool mom, right?

Even now, after our pediatrician, pulmonologist, and the NICU follow-up clinic gave us permission to expose him to other kids (read: germs), we are still very aware of every single person, hand, or toy that comes near him.

When Jax gets sick, it’s serious.

He immediately starts having difficulty breathing and starts wheezing. And his “colds” last two months. Now that we have our Respiratory Action Plan, we are much more prepared to handle his sicknesses.

So, with the blessing of our pulmonologist, we decided to give him (and us) a real taste of freedom. 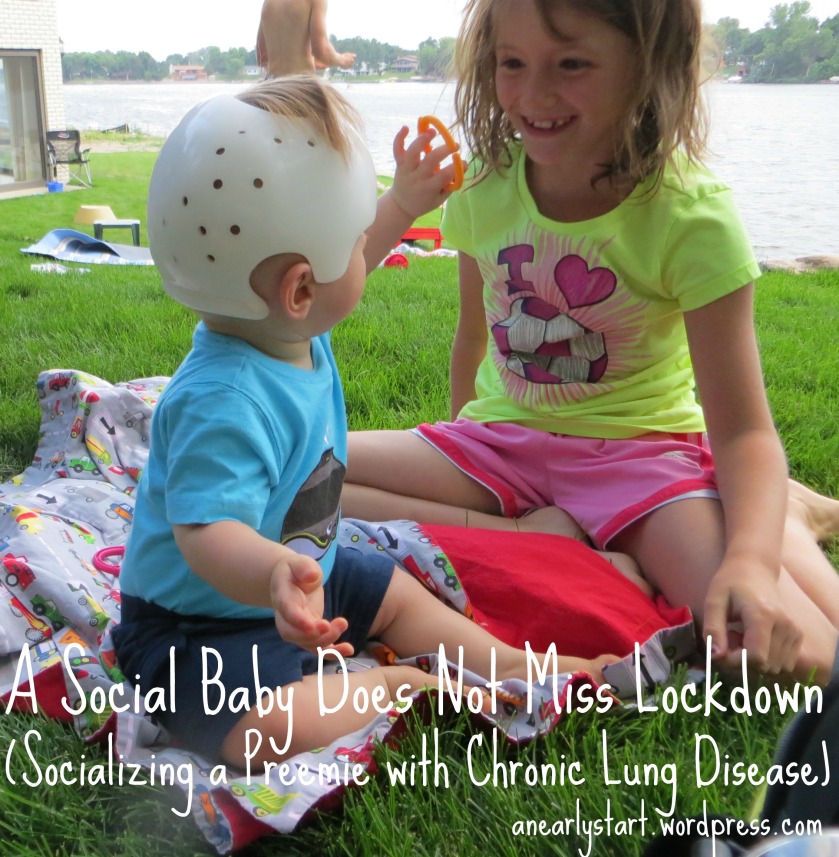 Watching him play with other kids this weekend made me realize just how important this socialization is for Jax’s development. He watched his cousin, Will, crawl across the floor, and he wanted to do it, too! He got up on his hands and knees and began rocking front to back. He has not done that before. I realized – how should he know how to crawl if he’s never seen anyone crawl before?

So, now the hard part will be finding a balance between being on lockdown and allowing him free reign. It will totally depend on how Jax recovers from any sickness he may catch. If he ends up in the Red Zone after this weekend of reckless abandon, then we know it’s not quite time for full socialization. If, however, he can stay within the Yellow Zone (or even better, totally healthy and in the Green Zone!), then maybe it’s time for him to branch out and get to know more kids.

I think the key for socializing any baby, but especially one with a history of lung issues, is to let your baby take the lead. And, of course, talk with your doctor about the best course of action. Every baby is different. Here  are some things that worked for us:

1. Socialization was off-limits during cold and flu season. And it will be off limits again this fall and winter.

2. We chose to give Jax monthly Synagis shots during the fall and winter to help reduce the respiratory effects of RSV if he caught the illness.  With his history of Chronic Lung Disease and breathing issues, he will also most likely qualify for the shot this winter.

3. After cold and flu season was “over” and at the approval of Jax’s doctors, we very gradually began exposing Jax to people and places.

6. We are extremely aware of our surroundings. When in a public place, I am on a constant look-out for sneezing and coughing. If I see this, I change my course and steer clear.

All of these things have helped us transition from being on lockdown to allowing Jax to have quality social interactions, while still limiting exposure to germs and sickness. I’m excited for this next step in our journey! Keep you fingers crossed that Jax’s first “play-time weekend” has only positive effects! 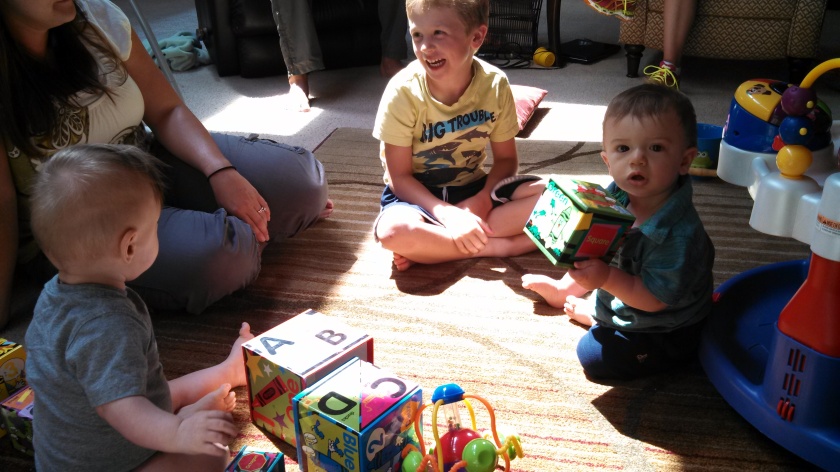