All week I’ve been saying to myself…”I can’t believe it’s been a year.”

A year since we watched our baby struggle to survive, fight off sepsis, get at least 6 blood transfusions…

A year since our lives changed forever. A year since we fell in love with the strongest, sweetest, and wisest baby who proved that miracles actually do happen.

And a year since I stopped wishing to win the lottery because I realized that I already had.

You all know how anxious I was to go back to Boy Lake, the place where our adventure all started. It was hard being there. The whole week played out in my head…this is where I first felt the cramps. This is where I realized that something might be wrong. This is where I called my nurse. This is where we were when she said “Get to the ER NOW!” I had more than a few moments of real, honest-to-God flashbacks and PTSD symptoms.

But, it was also really healing, too. I had time to reflect on the events from last year and put them into perspective. My family was really supportive and understanding. They helped take Jax when I needed some time to clear my head and cry. Each year will get easier, I think.

On the way home, we stopped at the Crosby hospital. It felt like the right thing to do and both Steve and I were really glad we did it. My heart was beating out of my chest when we pulled in. Last year, I left this parking lot in a helicopter. I needed to be here and then leave here…in our car!

We stood on the helicopter pad and gave thanks for the pilot, the EMTs, and the dispatch people who made the life-saving flight happen. 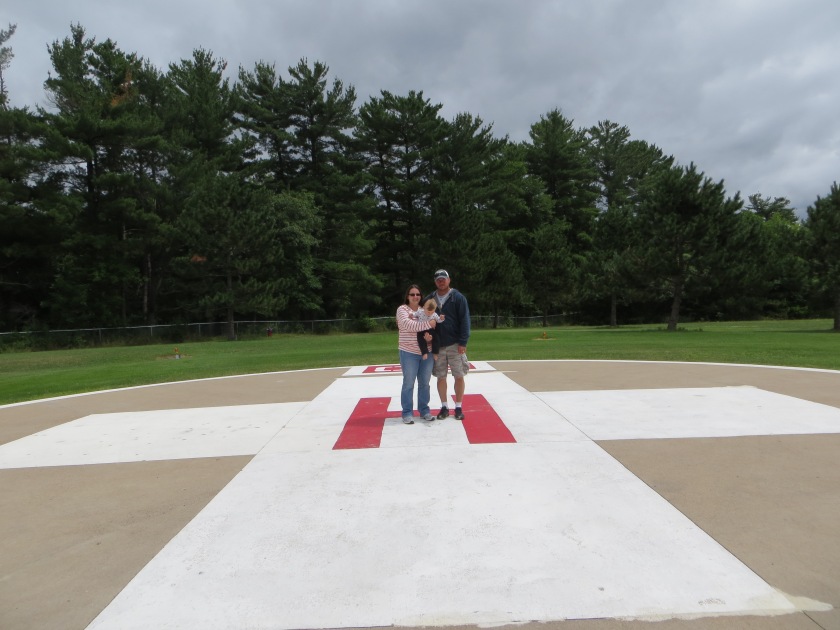 We also wanted to say thanks to the staff for their quick work that ultimately saved Jax’s life. Coincidentally (or not?), both my nurse and doctor we on duty! They recognized us almost immediately. I think they were happy we decided to come back – they had wondered what had happened to us. And, to be honest, I don’t think they thought it was going to be a good outcome.

I got to give Nurse Dana a hug. We both teared up a little bit. She got to hold Jax. 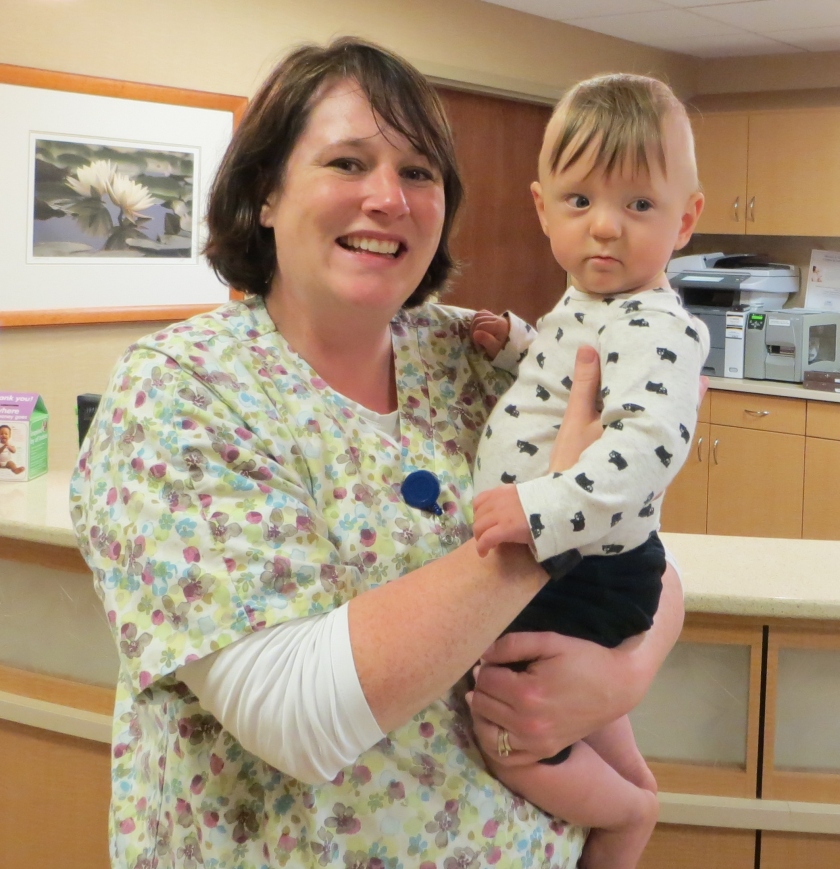 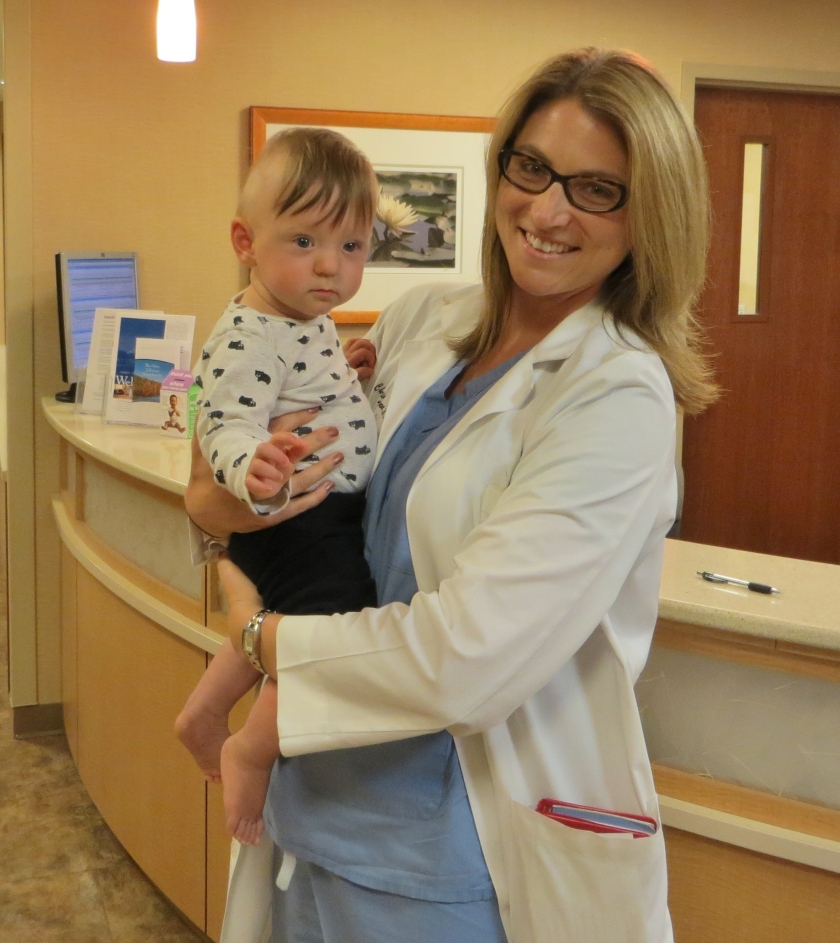 It was amazing being able to say thanks in person for their work. We appreciate their skill and compassion so much – they, and all of Jax’s care team, are our real life superheroes, for sure!

So, it was good closure. Full circle. And it was awesome to drive out of that parking lot and head on down the road to home. In our car. With Jax in the backseat singing us a song.

15 thoughts on “In the Rear View Mirror: Facing our Fears and Then Driving Away”