Jax is 17 months old! Over the last week, Jax has gone from barely standing to almost running. Well, ok, not really – but you get the idea! He’s at the point where he prefers trying to walk over crawling. He’s getting better at walking over the transitions between rooms and is better at handling the change in texture from carpet to hardwood floors. He is using everything as a walking stick – his highchair, a block, a bongo drum. It’s been so fun watching him practice and learn.

He is so stinking proud of himself!

He’s turning into a kid. Not a baby; a kid. With temper tantrums, and favorite toys, and an uncanny determination to drink out of the toilet and turn on the gas stove. And he’s learned to say “No.” Usually, he says “No” while simultaneously looking at me and reaching for the stove knob. No!

Jax has words now. He’s started signing more, all done, and milk. We’re working on please and thank you. He says “I know,” No, Hi, and Yeah. He says mama and dada all the time, but not to us specifically. Actually, he talks all the time. He’s definitely saying something but we have no idea what it is. Since his ear tube surgery, the number of sounds he’s making has skyrocketed. The words are coming – it’s only a matter of time. At the rate he’s going, he’ll be giving speeches next week.

Watching Jax grow and do all the things his doctors told us he probably wouldn’t be able to do…that’s something that humbles and amazes me everyday. Telling Jax “No – that’s HOT!” and “watch your head!” and trying not to laugh during temper tantrums and wondering why all of a sudden it’s just too quiet in the other room – It’s like I blinked and the future is brighter and the darkness of the NICU experience is slowly starting to fade away.

We have a toddler! 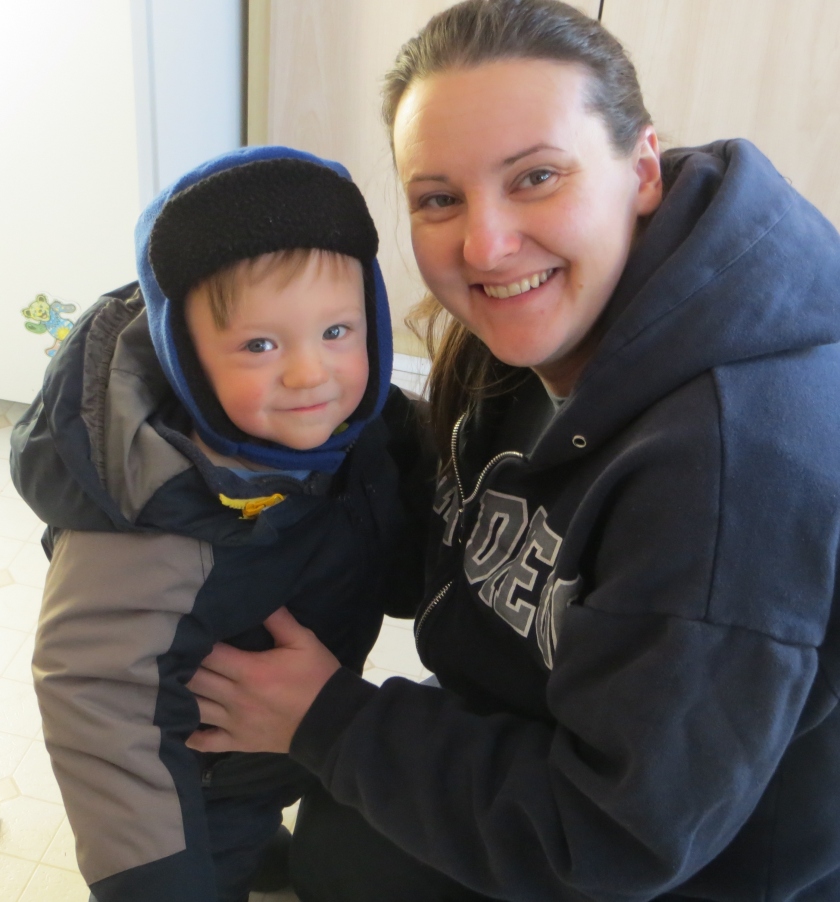 4 thoughts on “Houston, We Have a Toddler”