Jax is officially all grown up. At least, it seemed like it today!

You’ve probably noticed in recent pictures that Jax has been sporting a pretty rocking harido. Long bangs that cover his eyes, fly away strands about 8 inches long poking out from random places, ear wings… the works.

I almost cut his bangs again. But then I realized I’d be giving him a mullet. Now, Jax’s dad rocked the sweet mullet in high school, so I considered paying homage to daddy’s young and fashionable days. I quickly talked myself out of that!

I noticed today that the back of Jax’s hair (which has never been cut) reached his shoulders. Oops.

He needed a haircut. Bad.

So off we went to see Steve’s cousin, Maggie, at Hairchitects in New Prague. I think she was just as excited as we were for Jax’s first official haircut (not from mom)! 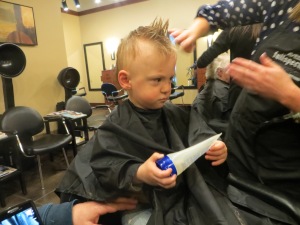 Jax wasn’t so sure, but he did great. He sat still (a miracle!), and didn’t make a sound (another miracle). I think he was a little overwhelmed by all the action.

He thought it was pretty cool to be able to choose a sucker when he was done. 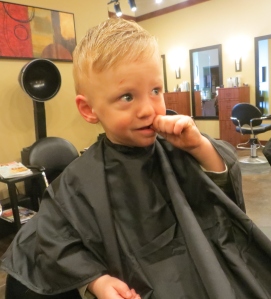 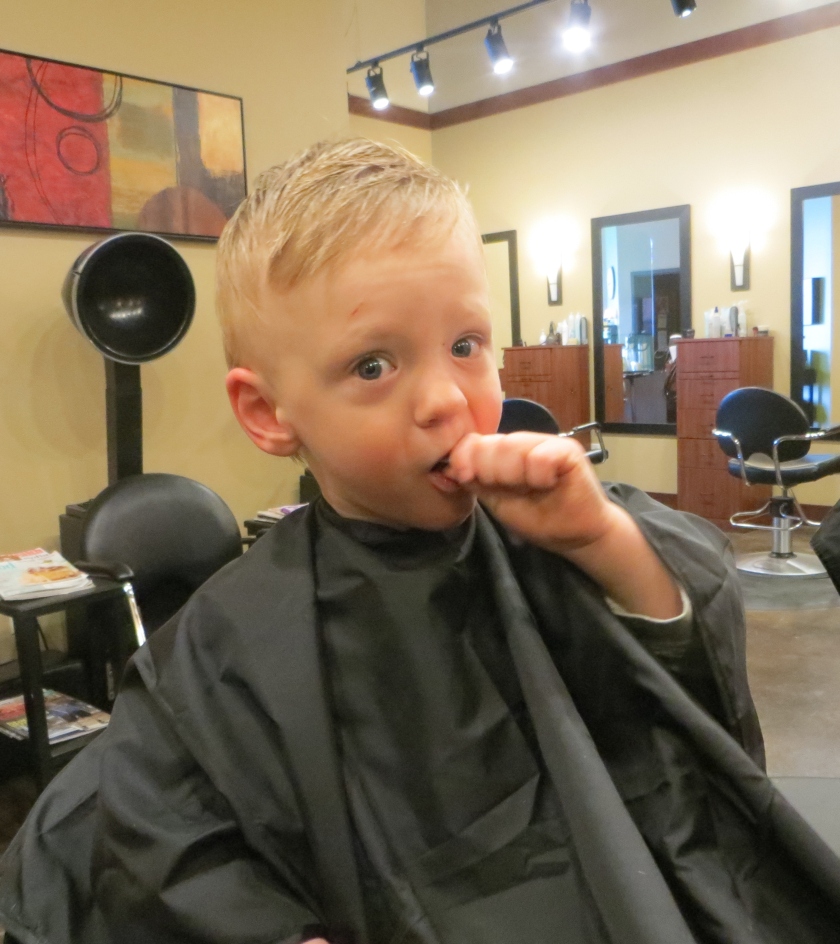 And now, ladies and gentlemen, I present to you, the big kid on the block.

10 thoughts on “Are Mullets Cool? Jax Gets a Haircut”