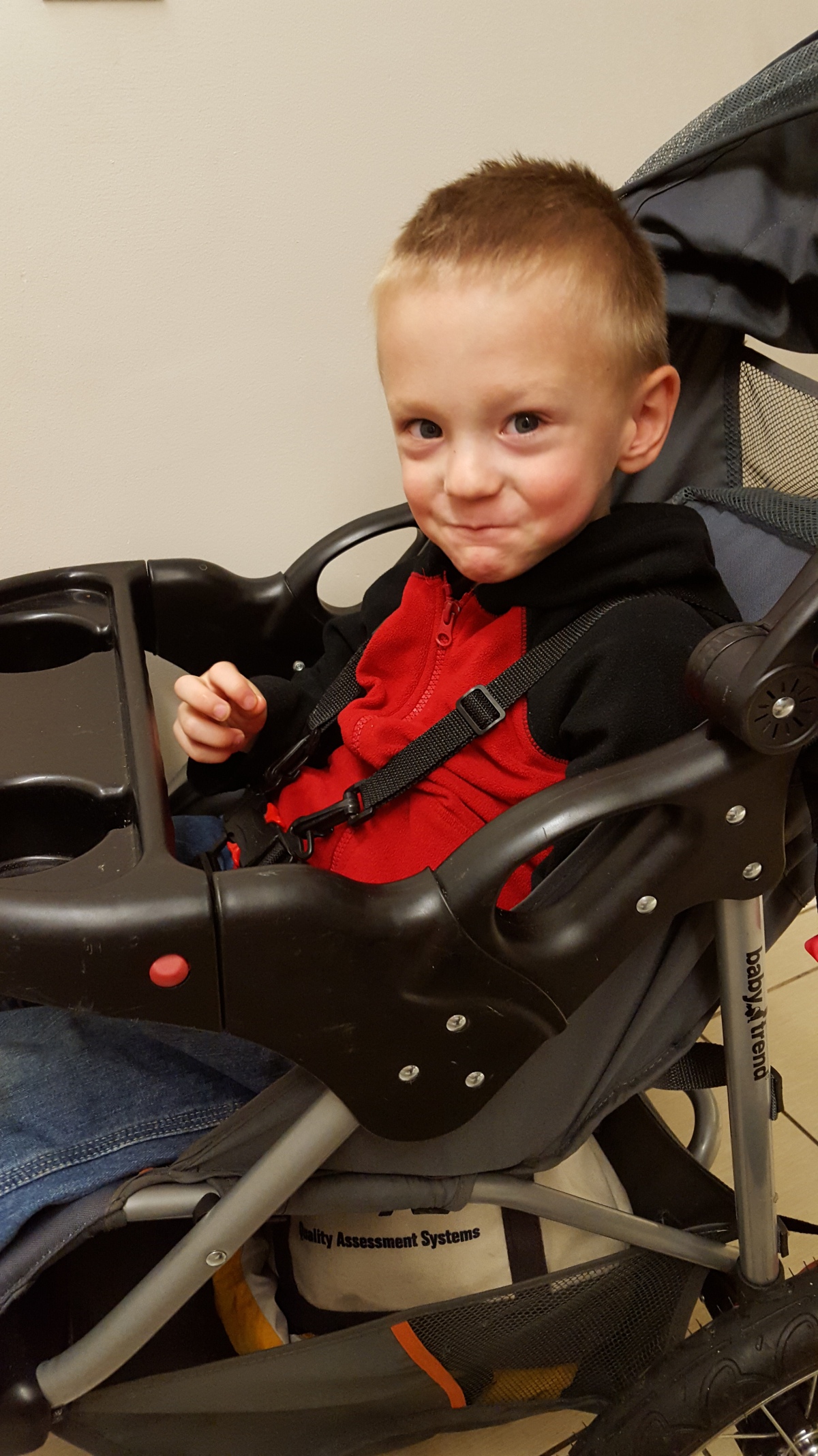 Last week, Jax had an appointment with the Developmental Pediatrician at our Children’s Hospital. It was loooooong day – six hours all said and done after drive time. Jax did great. I brought his Kindle so that is always a good way to get him to stop jumping (actually, it’s the only way to get him to stop moving).

I knew we were in the right spot when Jax took off running down the hall towards the emergency exit and a nurse ran from behind her desk and intercepted him with a smile and a toy truck. Yep – they understood.

The reason we went to this specialist is because Jax has a very difficult time staying safe in new environments because he is impulsive. He runs and he doesn’t stop. If Jax would have made it out that door, he would have kept going and he would not have cared where he was or who he was with.

I’ve always tried to teach Jax kindness towards other people by saying “Hi” to neighbors walking down the street and stopping to help strangers at the store. However, now it’s becoming a concern because Jax has no sense of stranger-danger, no matter how much we talk about it. He tried to get into a stranger’s car the other day at the playground. It’s a fine line between being friendly and being unsafe and Jax has definitely crossed that line.

This kind of appointment is difficult because we spend so much time talking about what Jax CAN’T do and that hurts my heart.

Doctors suspect Jax has ADHD. We thought he was trying to avoid sensory input, but maybe his impulsiveness and hyperactivity are symptoms of ADHD instead (or also!). Attention deficits are more common in children who were premature at birth. A preemie’s risk of ADHD increases the earlier he or she was born. According to one article, babies born before 29 weeks (Jax was born at 23 weeks) gestation are 200% more likely to have ADHD than full-term babies.

We have to do some more assessments and go back in 3 months for a follow-up. In the meantime, they recommended Parent Child Interaction Therapy (PCIT), where a psychologist watches us interact with Jax from behind a window. They observe Jax’s behavior and then give us cues in a headset on what to try next when Jax is having a melt down or showing unsafe behavior.

At first, I heard “you are a shitty mom and you’re not doing anything right!” But I know that’s not the truth. It’s pretty scary to know that someone is going to be critiquing my parenting, but I’m willing to do anything to keep Jax safer. I will need to get a thick skin so I don’t get too offended! We’ll start as soon as we can (there is a waiting list). Just what I wanted: one more specialist on the list. Gheesh.

The other option at this point is medication and we’re not ready to go that route.

I don’t really know much about ADHD yet. I do know Jax, though, and I know that he is funny, and curious, and kind. And that’s pretty awesome.

5 thoughts on “Day at the Developmental Pediatrician”