Even though October brings a lot of tough memories, we don’t waste any time being stuck in the past. We try our hardest to honor our parents (my mom and Steve’s dad) by spending time with friends and family and by laughing, loving, and playing.

I got to volunteer for Jax’s school Halloween Party this week! It was a blast seeing all the kiddos in their costumes. I wasn’t sure how Jax would do – would he be stuck to my side? Would he be on his best (or worse!) behavior?  He did great! Once he recognized me in my witch hat, he laughed and yelled “HEY! What’s mommy doing here?!” He ran over and gave me a huge hug.

When I told him it was time to go back with his teacher, he said goodbye and walked right over to the next activity station. I was so proud of him for following directions!

It was great seeing him interact with the other kids and to be able to talk with his paraprofessional and teachers about his progress in school. They said he struggles the most with paying attention and following directions and waiting in line. Yep – sounds about right. Then they said he was a really good kid and that he was funny and played well with the other kids. *sigh* Oh this big boy just makes my heart swell. ❤ 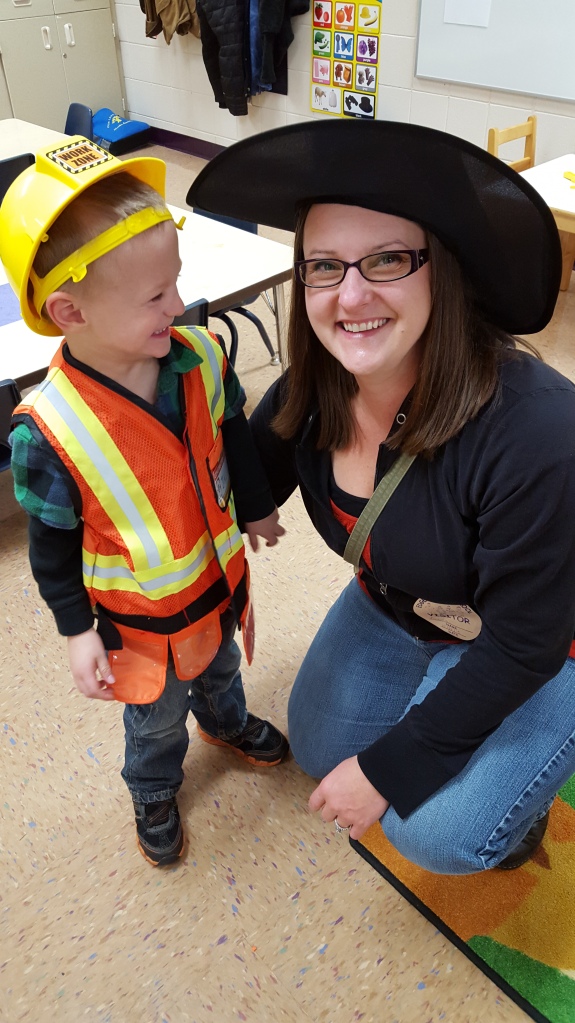 What are your plans for Halloween this year?