Last year on this day, we got the dreaded “middle of the night” call from Jax’s doctors in St Cloud. His potassium levels were off the charts and his heart wasn’t handling it well at all. He needed CPR. The rhythm abnormality in his heart was not allowing oxygen to get to his limbs, his kidneys, his liver…they were worried the lack of oxygen may have caused his brain to bleed. 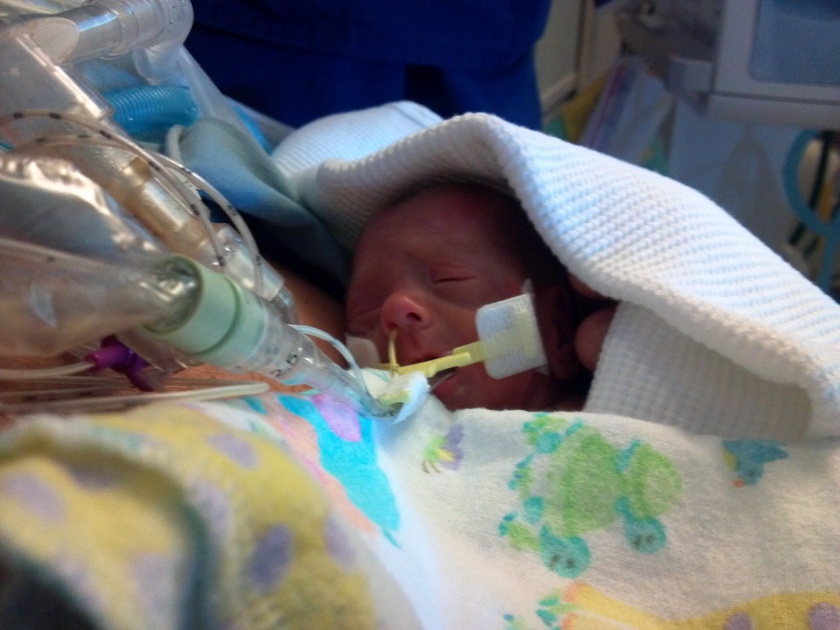 But, the day was filled with questions and no answers. There were nonstop blood tests, ultrasounds of his brain, lungs, kidneys and liver, ECHOs of his heart. Up until this point in Jax’s life he had been “by the book,” which is a really good thing to be when you’re a tiny micropreemie fighting for your life! Doctors knew what to expect and what to do.

Now, his doctors weren’t sure what was happening.

Did the rhythm abnormality cause the high potassium levels? Or did the high potassium level cause the problem with his heart? Was it from the blood transfusion earlier that day? Was it the PDA in his heart? (A patent ductus arteriosus, or PDA, is a “shortcut” in the heart that allows non-oxygenated blood to bypass the lungs and flow through the body.)

It was the most uncertain day of Jax’s life besides his birthday.

Thankfully, all the tests came back ok. His brain looked great – no brain bleeds! His kidneys and liver looked fine – no dead spots caused by oxygen deprivation. His blood tests were coming back normal.

But, doctors were still puzzled – why did this happen? They recommended that Jax should be transferred to Children’s Hospitals so he would have access to a neonatal cardiologist in case the trouble with his heart continued.

A transfer closer to home?! Yes, please! But, we knew things were serious. We had been told from the day he was born that a transfer would not be approved by insurance unless there was a serious medical reason. (In other words, he wouldn’t be transferred just for our convenience!)

We started the paperwork and waited…